A medical doctor has revealed that a number of women now inject seasoning cubes into their butt to make it bigger and he warned of the adverse effects of such practice.

He shared an old video of a documentary where women who are involved in the practice opened up about injecting seasoning cubes with the hopes that the sodium and oil in it will make their butt larger.

He warned that the salt in the cubes could be absorbed by the lining of the anus and this will go into the bloodstream.

He said the excessive salt in the bloodstream could lead to hypertension. 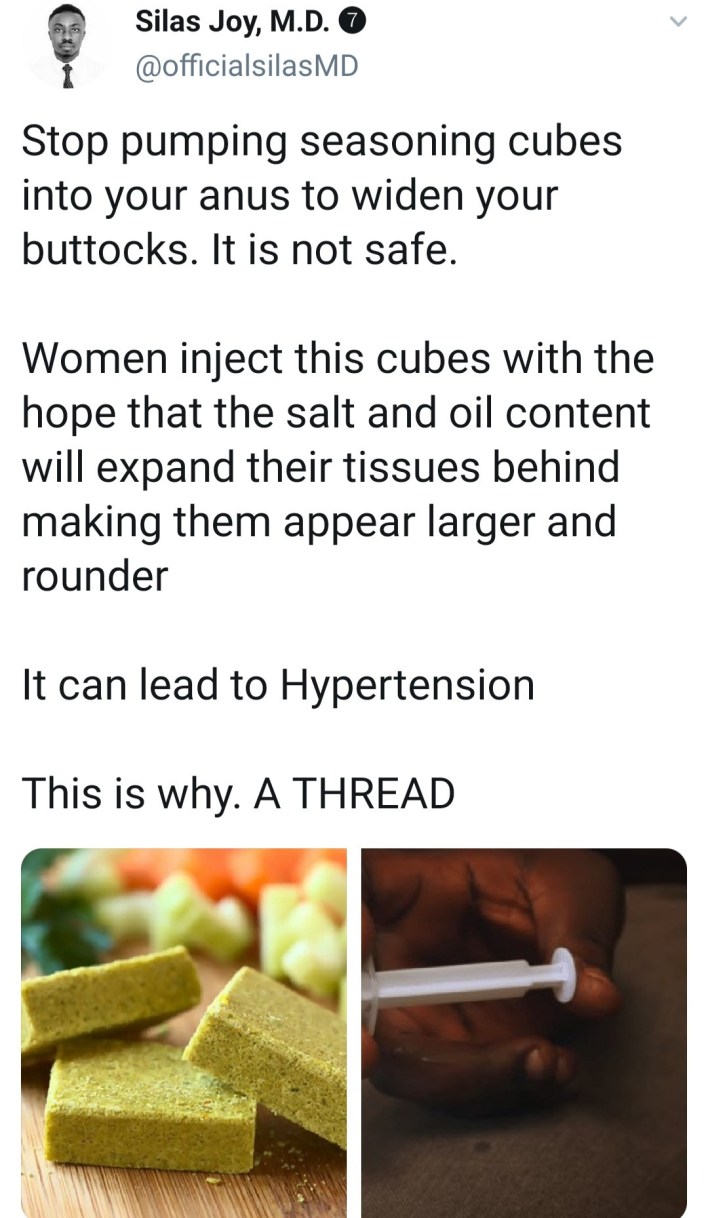 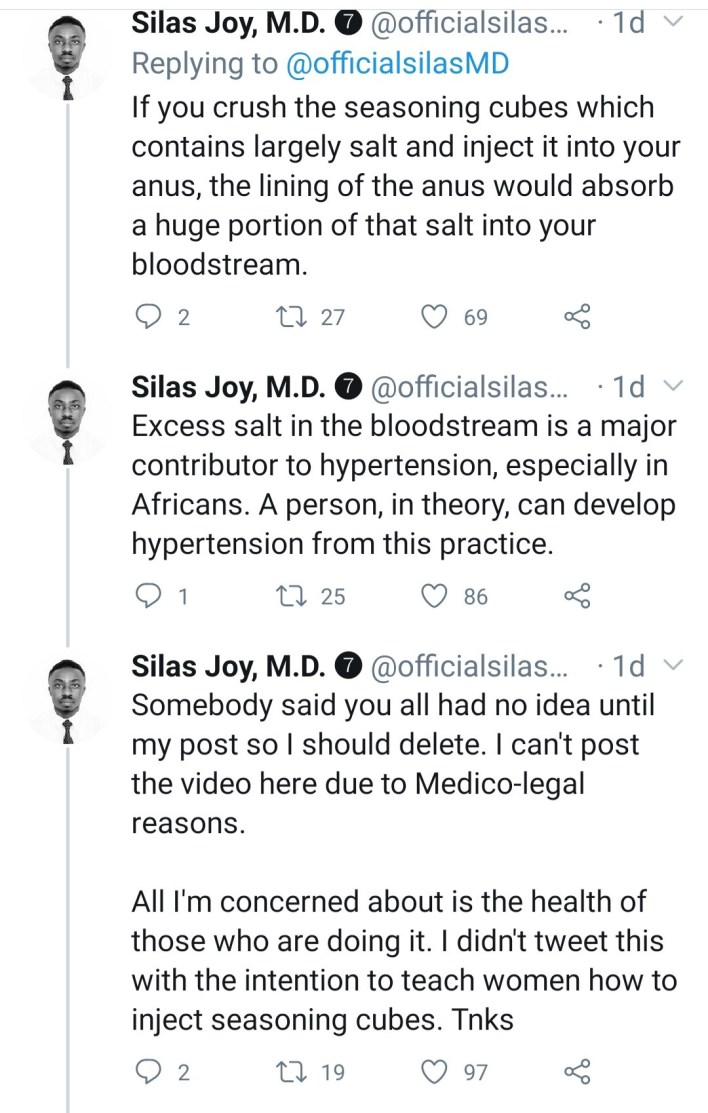 Moderna Unveils Its Vaccine is 94.5% Effective On Coronavirus

Coronavirus Could Be Active On Phone Screens, and Currency Notes For 28 days — Study