While the US presidential election results are still being counted with Joe Biden leading so far, a ‘supporter’ of Donald Trump stormed a press conference in Nevada to accuse the Democrat of ‘stealing the election.’

Election officials were updating reporters on their progress in counting the votes when a man in a ‘BBQ, beer, freedom’ t-shirt interrupted them to angrily rant about Joe Biden. 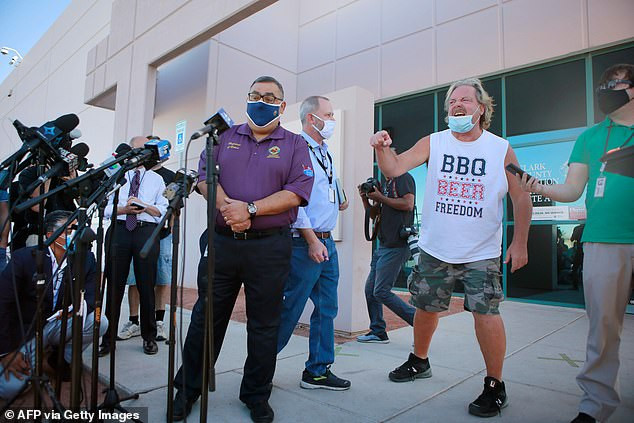 ”As I mentioned, we are not prepared to give that information out,’ the official said, before being interrupted.

‘The Biden crime family is stealing the election!’ he yelled. ‘The media is covering it up. We won our freedom for the world. Give us our freedom Joe Biden!

‘Joe Biden is covering up this election! He’s stealing it’, he added before walking off.