Ned Nwoko is the number one trending topic on Twitter after former beauty queen, Pamela Ifejoku, accused him of putting her father in jail and causing her mother to spend her birthday in prison because their community resisted his attempt at land grabbing.

Pamela, who has bestowed MBGN Miss Tourism after she emerged second runner-up when she contested as Miss Abuja in the 2019 Most Beautiful Girl in Nigeria pageant, released a video crying for help on Twitter. 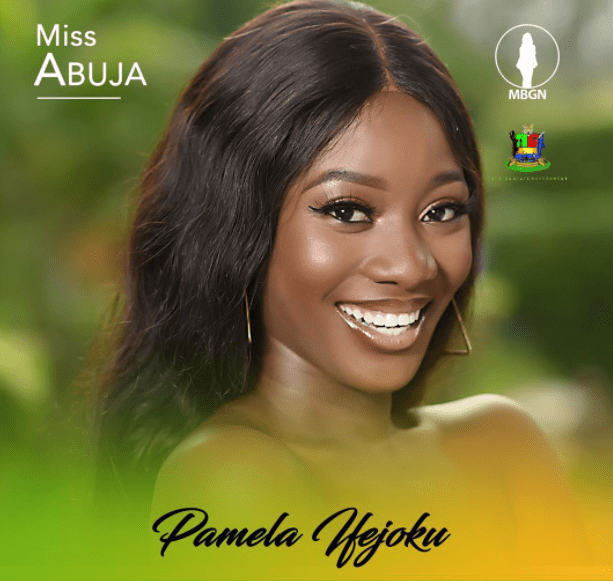 In the caption, she alleged that her mother spent her birthday in prison because of Ned Nwoko. 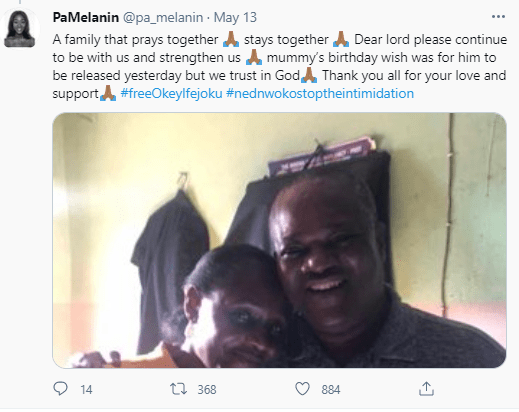 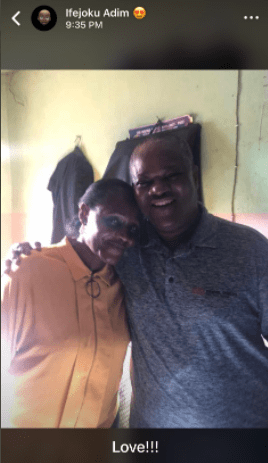 She also claimed Ned Nwoko used his money to “illegally jail” her father for years and she asked Nigerians to come to her family’s aid. 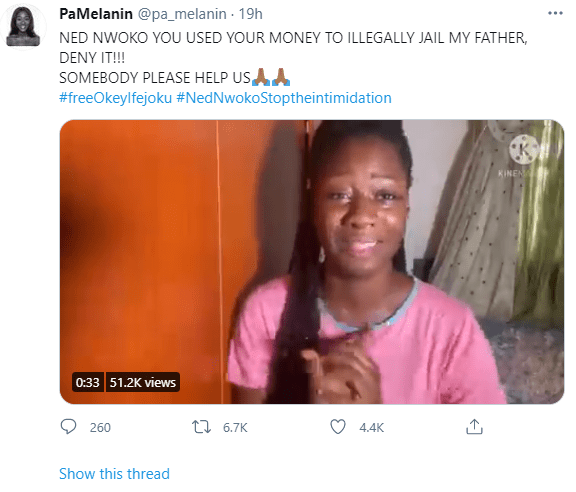 Narrating what transpired, she claimed that Ned Nwoko, who was a member of the House of Representatives  between 1999 and 2003 representing Aniocha North-South and Oshimili North-South, tried to get additional land from her community and when they refused, he “instigated a crisis”

Pamela tweeted: “Sometime in 2017, Ned Nwoko instigated a crisis in Idumuje Ugboko Community in Delta State, as a result of the community’s firm refusal to give him additional 90 hectares of land, having mismanaged the over hectares earlier giving to him…”

She added that the community pushed back and this led to a fight that resulted in the death of one person named Cyprian Kumaorun.

She added that though her father, Mr Okey Ifejoku, was in Asaba at the time of this crisis, because he is the President of the Idumuje Ugboko Development Union, “he has borne the greatest oppression from Ned Nwoko.”

She claimed that Ned tried to use the authorities in Delta State to imprison her father and other leaders of their community but the court struck out the case.

She said Ned then went to Abuja and “got officers of the FCID Abuja to arrest my father Mr Okey Ifejoku and 9 other members of the Idumuje Ugboko community. The 10 defendants were arrested, detained at FCID for up to six months before they were charged to Court by the office of the A.G of the Federation for alleged terrorism and alleged murder of Cyprian Kumaorun.”

The beauty queen went on to ask Ned Nwoko on Twitter: “Why do you insist on my father being detained indefinitely for the same offence he had earlier been discharged by the Magistrate Court and is also standing trial at the Federal High court, having been granted bail?”

Pamela narrated her family’s ordeal in a lengthy Twitter thread and video, causing Ned to jump to the number 1 topic amongst Nigerians on the Twitter trend table. 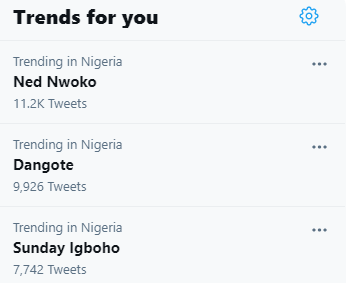 ALSO, CHECK So you’ve made a mistake and it’s public

Yele wrote: “#FreeOkeyIfejoku Ned Nwoko has ruined lots of lives using his influence, wealth & connections with the@PoliceNG and politicians.@pa_melanin is very right. In January when I was detained at FCIID in Abuja I met innocent young men detained by Ned, having been framed for murder.” 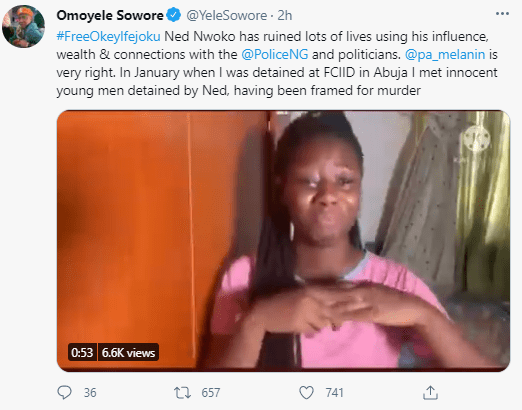 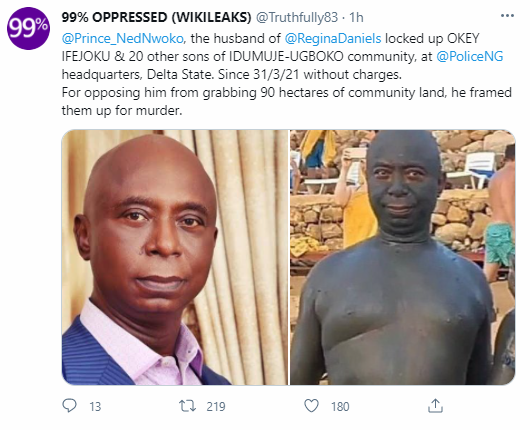 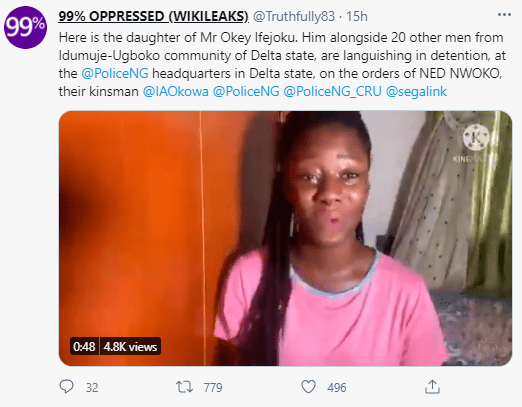 Below is her thread and the video narrating all that has been happening. 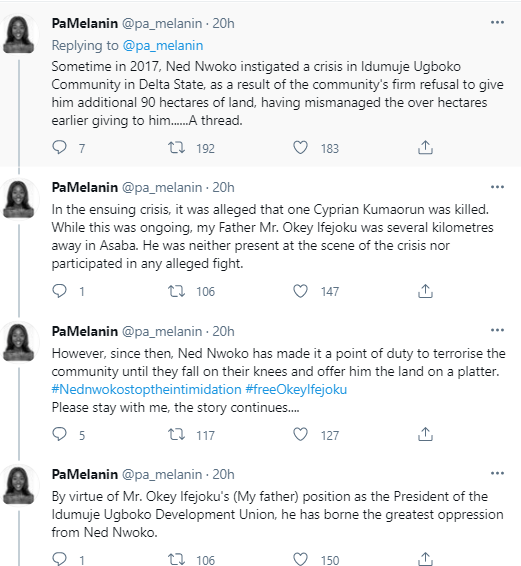 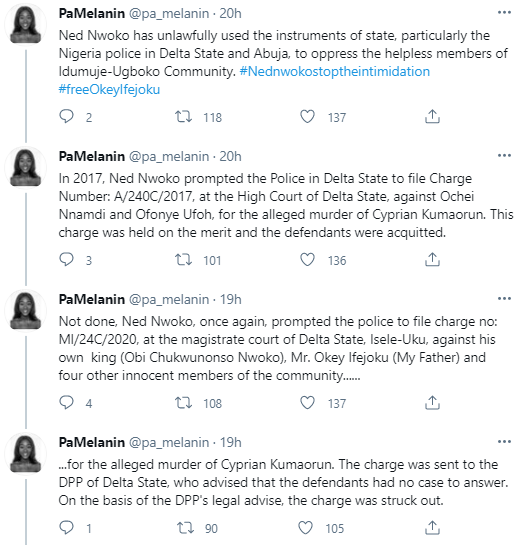 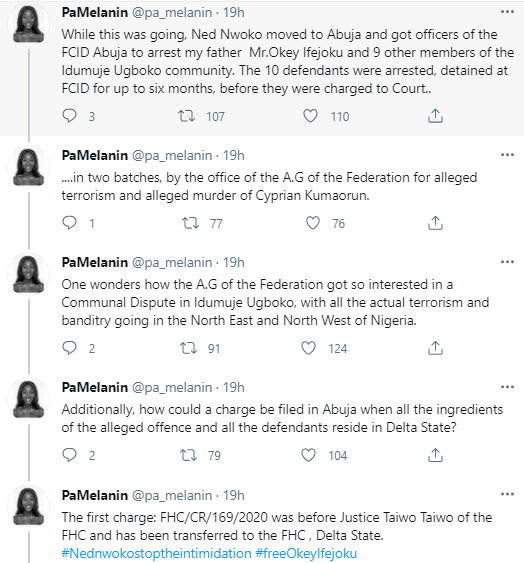 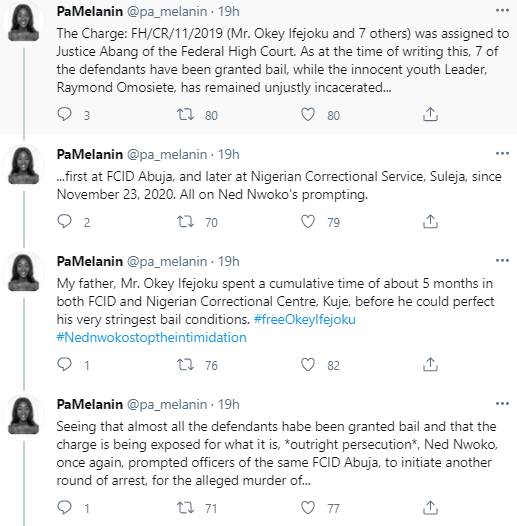 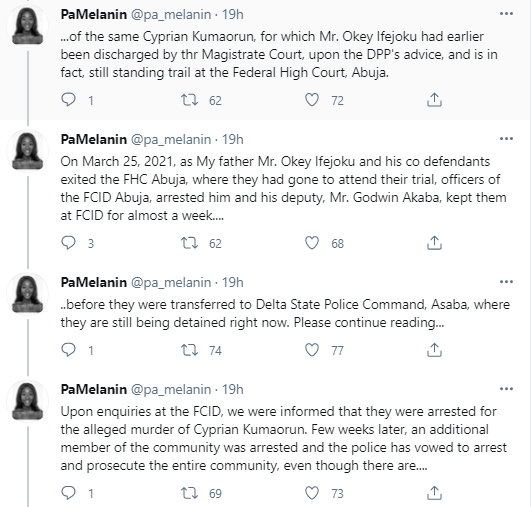 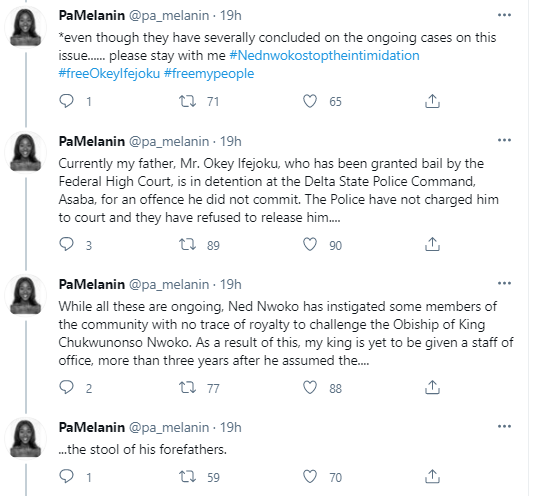 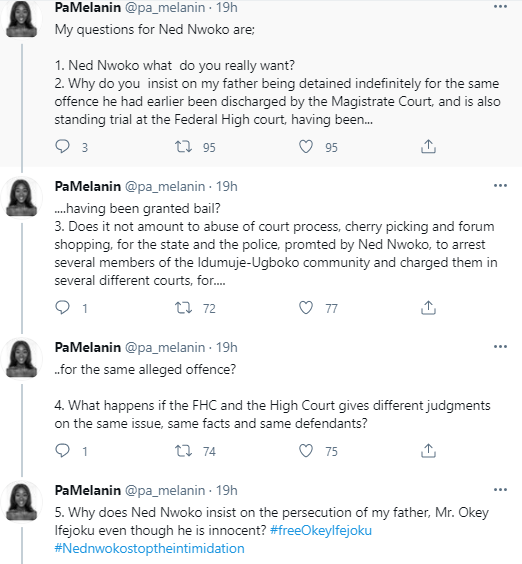 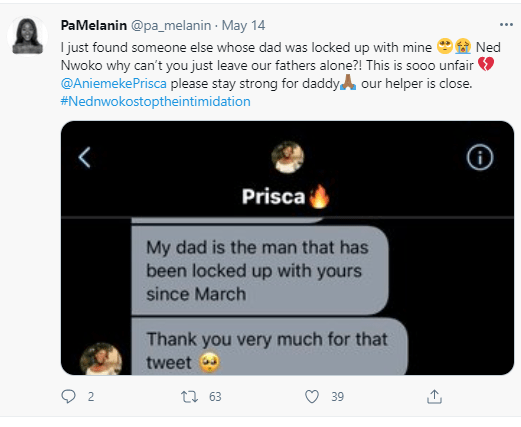 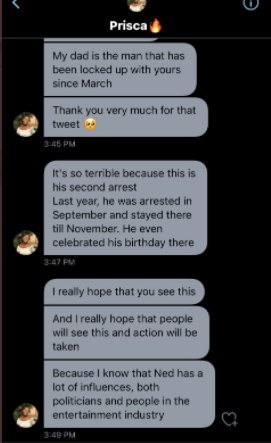 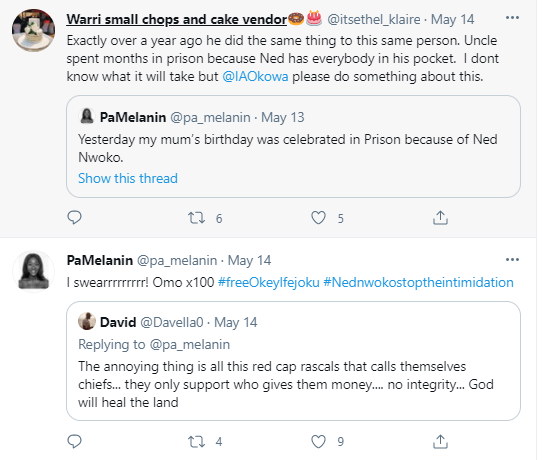 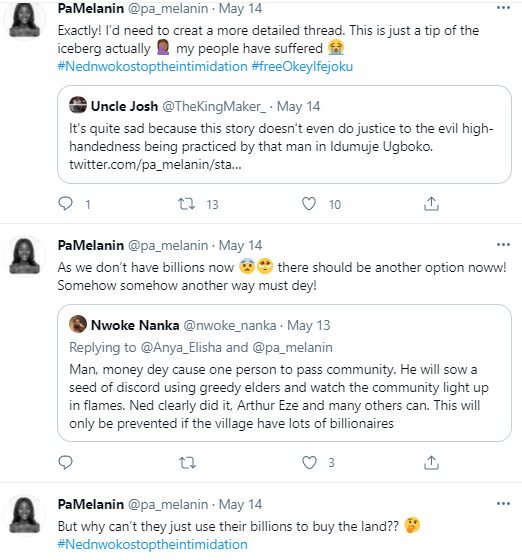 Watch the videos below.