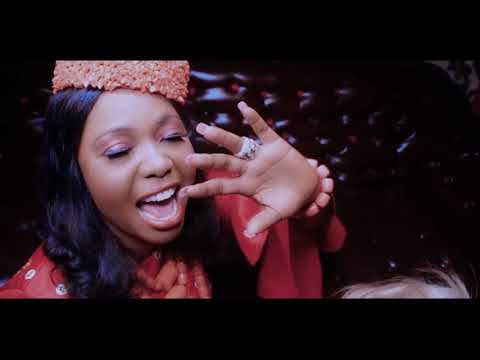 “”Bulie Jesus”  is a clarion call to every living thing in the world at large to put on the garment of thanksgiving, appreciation, gratitude and to lift up the name of Jesus in praise just as stated in the book of Psalms 150:1-6 & Psalms 145:6-21.

“Remember, what you celebrate you become! So, join the move as we celebrate Jesus the author of our lives and the beautifier of our future.”

The song was produced by Sunny Pee for Global Music Empire.

Gift Dennis is a Lover of JESUS, a worshiper, songwriter and a performing & recording gospel minister. She is a full-time, vibrant gospel minister with an electrifying voice who started her career in music in the early stage of her life singing in Children’s Choir way back in the Anglican Church.

She then continued as a chorister and praise & worship leader at Living Faith Church (Winners Chapel) Ago-Iwoye way back in Olabisi Onabanjo University, Ogun State and also in Faith Renewal ministry, Lagos and as well singing in various Church programs and events till date.

Professionally, she started her musical career in 2012 with her first album released in 2013 titled “Onye-Eze” which touched so many lives, and in 2015, she came out with her 2nd album titled “Living Testimony” which paved the way for her in the gospel music industry and recording huge fans all over the globe.

Gift Dennis now releases her music under GD Music management. GD Music is highly grateful to God for the singing ministry of Gift Dennis which has been a blessing to most people in the world today.

Her music is the combination of sounds and her electrifying voice refreshing the spirit and soul of men calling them into the atmosphere of Worship.

Her latest single titled “YESHUA” which was released in 2018 is an electrifying, spirit-filled worship song that will capture and turn the heart of many to God. So to say, that ‘’between’’ (2017 – 2019), Gift Dennis has released 12 tracks singles which made up an Album titled; Celebrating JESUS which will be launched in 2020.