How to Program an RCA Universal Remote (2023)

How to Program an RCA Universal Remote (2023)

Do you want to program your RCA remote? then this article is for you

HOW TO USE THE AUTO-PROGRAMMING METHOD

Auto-programming is the easiest method for programming an RCA universal remote. Follow these steps:

Note: If the auto programming method didn’t work for you, move to the Direct Code Programming option.

HOW TO USE DIRECT CODE PROGRAMMING

The auto-programming function is not always effective. Your RCA universal remote came with a codebook, which has thousands of codes from almost every TV manufacturer. To use it, follow these steps:

Note: There are some codes that will only control half of the remote. You’ll still need to test various codes until the remote functions correctly.

24SevenHUB.CO brings updates on the latest news, tech tips and information, job recruitments for Nigerians, foreigners and remote jobs for seekers, and,  much more… Here, you can read and share thoughts, ideas, and opinions and get real-time updates from around the globe. 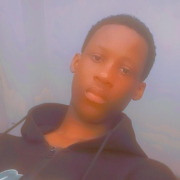 How To Develop The Profile To Win Scholarships (2022)