The Nigerian Bar Association has set up a fact-finding team over the alleged killings in Oyigbo which has triggered a controversy.

NBA President Olumide Akpata who made the announcement said that while the Presidents of the professional association of lawyers in Ukwa and Port Harcourt expressed concern over the current situation, Governor Nyesom Wike of Rivers repeatedly denied ordering the shooting but admitted there were clashes between alleged IPOB members and the military in a phone conversation.

Akpata said the 4-man team will conduct an inquiry into events of the last few days, after which the NBA will make known the findings before determining the next step. 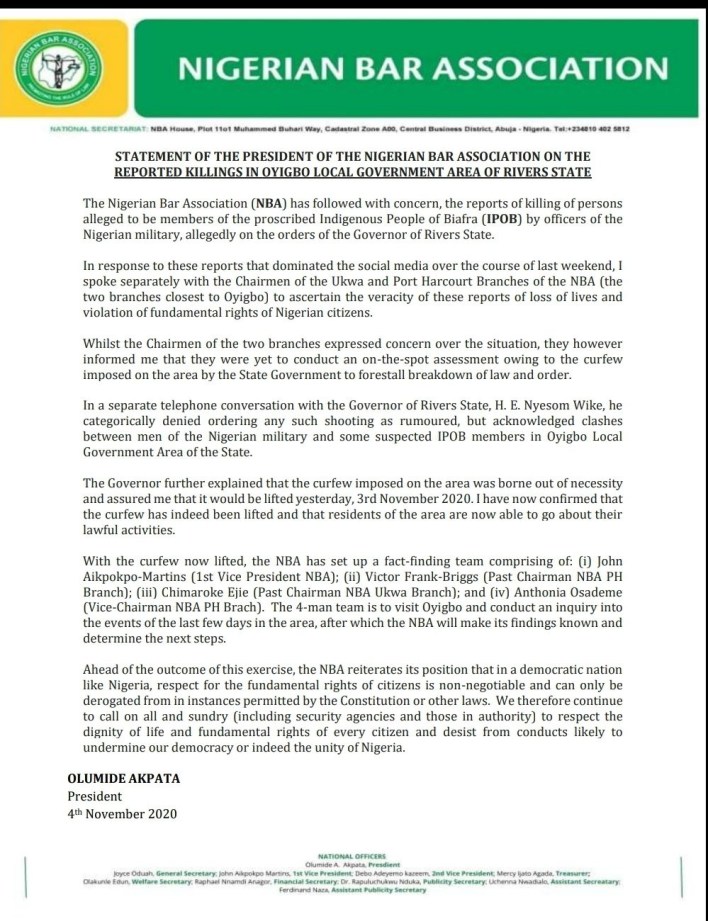