Robots On The Pulpit End-Time Prophecy Being Fulfilled

A new priest named Mindar is holding forth at Kodaiji, a 400-year-old Buddhist temple in Kyoto, Japan. Like other clergy members, this priest can deliver sermons and move around to interface with worshippers. But Mindar comes with some … unusual traits. A body made of aluminum and silicone, for starters.

Mindar is a robot.

Designed to look like Kannon, the Buddhist deity of mercy, the $1 million machine is an attempt to reignite people’s passion for their faith in a country where religious affiliation is on the decline.

For now, Mindar is not AI-powered. It just recites the same preprogrammed sermon about the Heart Sutra over and over. But the robot’s creators say they plan to give it machine-learning capabilities that’ll enable it to tailor feedback to worshippers’ specific spiritual and ethical problems.

“This robot will never die; it will just keep updating itself and evolving,” said Tensho Goto, the temple’s chief steward. “With AI, we hope it will grow in wisdom to help people overcome even the most difficult troubles. It’s changing Buddhism.”

Robots are changing other religions, too. In 2017, Indians rolled out a robot that performs the Hindu aarti ritual, which involves moving a light round and round in front of a deity. That same year, in honor of the Protestant Reformation’s 500th anniversary, Germany’s Protestant Church created a robot called BlessU-2. It gave preprogrammed blessings to over 10,000 people.

Then there’s SanTO — short for Sanctified Theomorphic Operator — a 17-inch-tall robot reminiscent of figurines of Catholic saints. If you tell it you’re worried, it’ll respond by saying something like, “From the Gospel according to Matthew, do not worry about tomorrow, for tomorrow will worry about itself. Each day has enough trouble of its own.”

Roboticist Gabriele Trovato designed SanTO to offer spiritual succor to elderly people whose mobility and social contact may be limited. Next, he wants to develop devices for Muslims, though it remains to be seen what form those might take.

As more religious communities begin to incorporate robotics — in some cases, AI-powered and in others, not — it stands to change how people experience faith. It may also alter how we engage in ethical reasoning and decision-making, which is a big part of religion.

For the devout, there’s plenty of positive potential here: Robots can get disinterested people curious about religion or allow for a ritual to be performed when a human priest is inaccessible. But robots also pose risks for religion — for example, by making it feel too mechanized or homogenized or by challenging core tenets of theology. On the whole, will the emergence of AI religion make us better or worse off? The answer depends on how we design and deploy it — and on whom you ask.

Some cultures are more open to religious robots than others
New technologies often make us uncomfortable. Which ones we ultimately accept — and which ones we reject — is determined by an array of factors, ranging from our degree of exposure to the emerging technology to our moral presuppositions.

Japanese worshippers who visit Mindar are reportedly not too bothered by questions about the risks of siliconizing spirituality. That makes sense given that robots are already so commonplace in the country, including in the religious domain.

For years now, people who can’t afford to pay a human priest to perform a funeral have had the option to pay a robot named Pepper to do it at a much cheaper rate. And in China, at Beijing’s Longquan Monastery, an android monk named Xian’er recites Buddhist mantras and offers guidance on matters of faith.

Muslims Turning To Christ In Great Numbers Through Dreams And Visions

What’s more, Buddhism’s non-dualistic metaphysical notion that everything has inherent “Buddha nature” — that all beings have the potential to become enlightened — may predispose its adherents to be receptive to spiritual guidance that comes from technology.

At the temple in Kyoto, Goto put it like this: “Buddhism isn’t a belief in a God; it’s pursuing Buddha’s path. It doesn’t matter whether it’s represented by a machine, a piece of scrap metal, or a tree.” 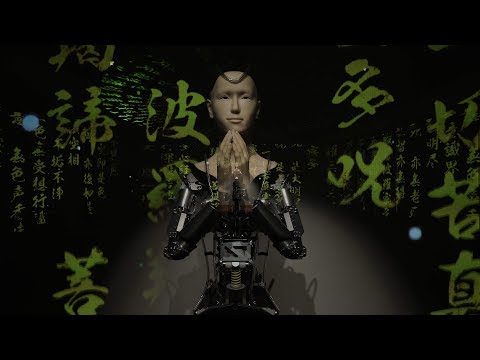 Muslims Turning To Christ In Great Numbers Through Dreams And Visions

TikTok To Sue The Trump Administration Over U.S. Ban

Bill Gates: Fight Against COVID-19 Will Define Our Era